INCIPIT Consulting Soc. Coop. is the Coordinator of the project. It is a company formed in 2014 by a team of six professionals who have been operating in the field of tourism since the mid ’80s as researchers and trainers with both academic expertise and business knowledge. Leveraging the extensive experience gained by its members, Incipit Consulting conducts research studies and offers innovative and customized training and consultancy services to businesses and institutions operating in the tourism sector.

The city of Spoleto is a commune of 39.000 inhabitants, situated in the Valle Umbra Sud (Southern East of Umbria) between Rome and Florence. The finds of Colle Sant’Elia (11th-10th centuries BC) and the boundary walls in polygonal masonry (3er-1st centuries BC) testify to the vitality of the Umbrian settlement long before the roman. Spoletium gained Roman citizenship becoming a municipium in 90 BC. The roman house and theatre, the Ponte Sanguinario, the Arch of Drusus and the Amphiteatre testify the importance of Spoleto in the roman period. It became afterwards the capital of a lombard Duchy, than ruled by Frank and German dynasties. The Basilica of San Salvatore, built during the lombard Duchy, is part of the serial site The Longobards in Italy: Places of Power (568-774 AD) declared, in 2011, a World Heritage site by UNESCO. In 1155 Spoleto was an indipendent city and, a few years later, became part of the Church State through the Middle Ages, the Renaissance and the Modern period, until 1860. The 20th century was marked by the birth of important cultural institutions, thus highlighting the city’s vocation, on which both the Administration and Spoleto’s citizens have strongly invested, to enhance the Heritage and conceive new cultural events. The most prestigious ones, still active, are the Experimental Opera Theatre – 1947, the Study Centre on High Middle Ages – 1952 and the Festival of Two Worlds – 1958. The municipality of Spoleto has 220 employees and governs a territory of 348 square kilometers.

Tandem is a social cooperative for the job insertion of people with disabilities, born in 1997 from a European project on tourism. It is expert in development of contact centers on disability issues and, accessible tourism information services and training. Tandem has developed and participated into many European projects in the field of accessibility, inclusion, and tourism for all.

Institute and travel agency Premiki is social enterprise dedicated to persons with disabilities, their families and friends. We believe in the concept “tourism for all”, where disability, age and other circumstances only challenge us on the way to create better, more inclusive and equitable everyday life. 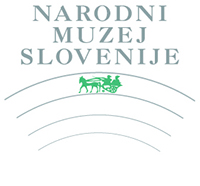 The National Museum of Slovenia, which was founded by the Carniolan State Parliament on the 15th of October 1821, is the oldest of all Slovenian museum institutions. Its six departments collect, document, preserve, and investigate the mobile cultural heritage of Slovenia and present it to the public. Thanks to the exceptional educational level of its staff members, the museum also has the status of a research institution, and is involved in several scientific research projects focused on a more detailed study of the Slovenian cultural heritage. The quality of the museum activities in the central national museum depends on the staff and its consultants, with their excellent professional command of their fields and specific areas of specialization. Only through such an approach is it possible to present the cultural heritage of Slovenia to the public in a modern, attractive, and popular manner. The museum wishes to illuminate in detail through the presentation of material (in the form of scientific and popular publications and exhibitions) individual segments of the history of present-day Slovenia and make this available to the widest possible public. With the digitalization of material and the construction of an electronic database about the cultural heritage that its preserves, the National Museum of Slovenia has joined similar European institutions that are attempting to enable the broadest possible access to items of the cultural heritage through the use of modern information technology.

BCS L.t.d., Kranj is a regional development agency and a regional support institution for entrepreneurial economic development of Gorenjska. Since 1995, BSC plays the role of a link among entrepreneurs, chambers, municipalities, institutes, ministries, and other institutions in the following fields of work:

ENAT, the European Network for Accessible Tourism is a Belgian non-profit association, founded in 2008. Its mission is to make European tourism destinations, products and services accessible to all visitors and to help promote Accessible Tourism around the world.
Led by an international Board of Directors, ENAT is a multi-stakeholder network of member organisations, comprising both tourism suppliers and consumer organisations, including National and Regional tourist boards, public and private tourism enterprises, tourism professionals, academic and research institutions, and NGOs of disabled people. It has about 100 members from over 30 countries worldwide.
ENAT provides information and strategic advice on accessible tourism policies and practices; it promotes the “ENAT Code of Good Conduct” for tourism enterprises; and carries out research and market studies. ENAT experts take part in EU-funded projects, developing training programmes in accessibility for tourism enterprises and destination management organisations as well as contributing to accessibility standards and guidelines. The association also represents its members in international forums, organises international conferences and workshops and lobbies decision-makers.
The website, www.accessibletourism.org is the Internet site of ENAT, holding over 1800 pages of items with more than 3000 documents, 100+ projects and good practices and 100+ global links related to Accessible Tourism. It is the largest European resource base on accessible tourism in one website. ENAT also manages Pantou the European Accessible Tourism Directory.